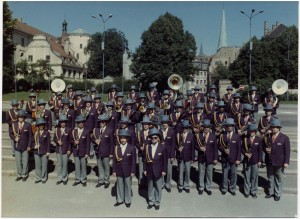 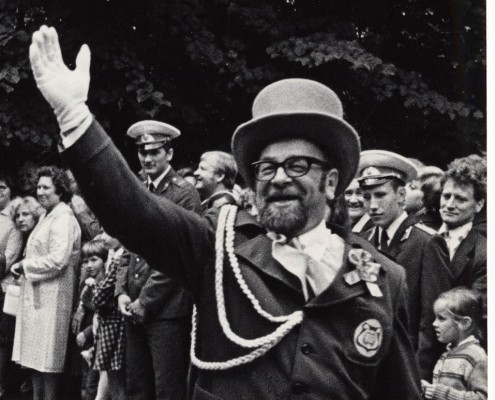 The RIGA Professional Symphonic Band is the official orchestra of the Riga City Council. It was founded in 1972. Looking back on the past 40 years, some interesting facts come to the surface: between the 1960’s and 1970’s, not only was the first Latvian non-military symphonic band “Riga” founded (1972); the Latvian Philharmonic Chamber Orchestra (1967) and the chamber choir “Ave Sol” (1969) were also established, all of which greatly enriched the creative musical life of Latvia.

The RIGA Professional Symphonic Band founding is unmistakeably connected with its long-term chief conductor and artistic director Gunars ORDELOVSKIS(1927 Jelgava – 1990 Riga), professor at the J. Vitols Latvian State Conservatory, who was also dearly beloved as a conductor and composer for the combined wind bands at the Latvian Song Festivals and wind orchestra festivals.  G. Ordelovskis began his career as a musician in the Latvian Radio Symphony Orchestra (1945 -1950), and soon became the artistic director of the Philharmonic ensemble “Sakta” (1950, later named the “Daile”).  In 1953 he became the chief conductor of the Riga Operetta Theater.  At the same time, he worked as the director of the Latvian Radio “Country Band”, writing hundreds of folk song arrangements and original compositions in the folk style for his groups. He was also a pedagogue.  In the later years of his life, he realized a long-awaited dream – to found the first professional symphonic band in Latvia, which took place on September 6, 1972, with the name that honors Latvia’s capital city, Riga.

The remarkably active and diverse concert activity of the then newly-founded symphonic band was characterized by its participation in all of the Latvian Song and Dance Festivals, beginning in 1973, all of the Latvian KS Music Days (beginning in 1978 in Aluksne), all of the Latvian wind band festivals (beginning with the 5th in Ludza, 1979), as well as the Latvian Youth Song and Dance Festivals (beginning with the 4th in 1979), the international student festival Gaudeamus (from August, 1981) and in many other events. In these, as well as in the first tours abroad (Rostock – 1975, Moscow – 1976, Yerevan – 1981, Murmansk – 1984, Netherlands and Denmark – summer of 1990), the central place in the repertoire was always given to Latvian music, a part of which is found in the works of prof. Ordelovskis himself (approx. 660 pieces), as well as in the most diverse compositions by Latvian composers, from the 1950’s to the 1990’s, who embody an affinity with the Latvian musical spirit with the highest level of artistic achievement

During the early stages of the existence of the RIGA Professional Symphonic Band, G. Ordelovskis was supported by several assistant conductors who were specialists in the field of wind ensembles (Janis Gercans, Janis Kronitis, Aivars Krumins, and Jakobs Raskins).  Their role in working with the symphonic band over its 40 year history was more or less episodic in nature; however, a great investment in the ensemble’s artistic development was given by professor Mendelis BASS (1919 Riga – 2012 Riga).  He is at present an elder statesman among Latvian conductors and composers, who began his studies at the Latvian National Conservatory while Jazeps Vitols was a professor there (1937).  From 1974 he was fortunate to be able to work hand in hand with G. Ordelovskis as the second conductor of the RIGA Professional Symphonic Band.

After the untimely death of G. Ordelovskis, an internal competition was held for the leadership position of the wind orchestra, and on November 13, 1991, this post was entrusted to Janis PURINS (born in the Dobele region, 1960), a trusted colleague of Ordelovskis, who eventually became an associate professor at the J. Vitols Latvian Music Academy and head of the Wind Department there.  After a concert tour in Spain in 1993, interaction between Latvian and foreign musical traditions increased dramatically, and the band’s musicians gained access to global trends in wind music in collaboration with the J. Vitols Latvian Music Academy.  Owing to the EU “Erasmus Socrates” programme, it became possible to meet many foreign specialists who visited Latvia and performed together with the RIGA Professional Symphonic Band. Janis Purins brought stability to the concert life of the ensemble (approx. 100 performances each year), and in 2004 he founded the concert series “Musica sacra” in Riga’s churches, as well as “Euro Concerto”.