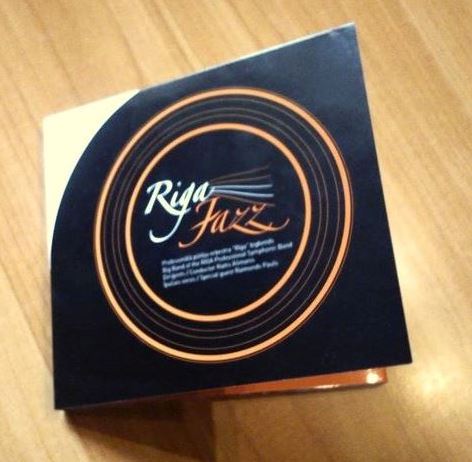 The big band of the Orchestra RIGA has commenced regular activities with the arrival of conductor Raitis Ašmanis. The first concert of RIGA JAZZ 2010 was dedicated to the compositions and arrangements by Gordon Goodwin, while RIGA JAZZ 2011 focused on opuses by Duke Ellington. Since 2012 the RIGA JAZZ concerts take place in autumn and during the Christmas period, as well as in frames of the annual Spring Festival WINDSTREAM, with participation of various vocal and instrumental soloists.
The RIGA JAZZ album consists of instrumental jazz music and includes the suite Dark Colours by Raimonds Pauls, with the author himself at the keyboard, as well as compositions by Gordon Goodwin and Chick Corea.