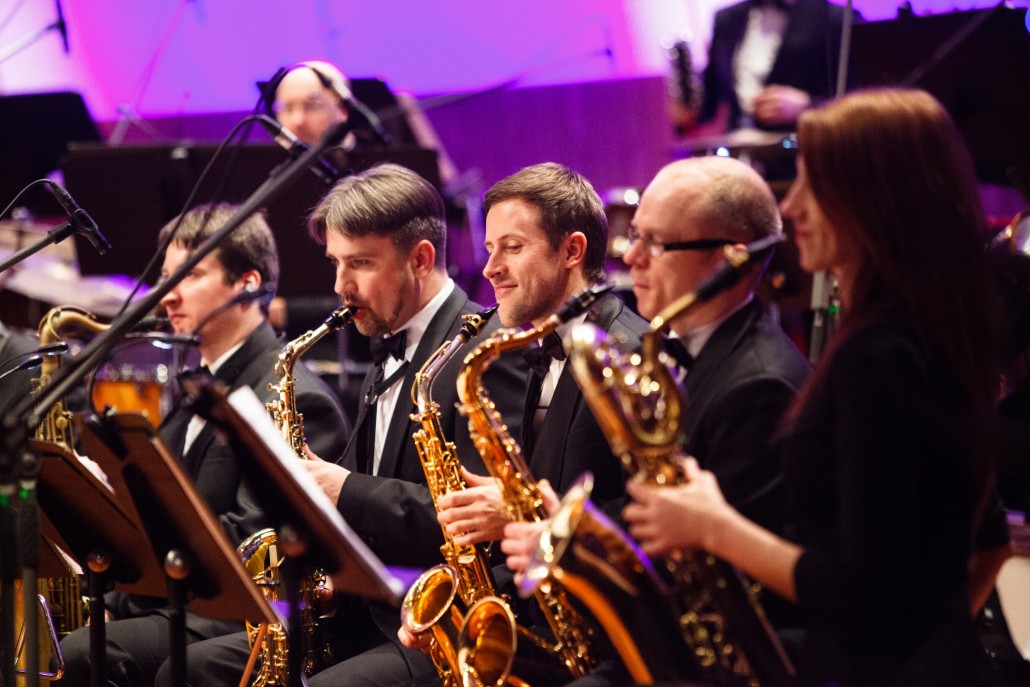 On Friday, December 23rd, 2016 at 7PM and on Monday, December 26th, 2016 at 8PM jazz vocal compositions from the repertoire of Ella Fitzgerald, including Christmas songs, will be performed by Big Band of the Orchestra RIGA under the baton of Valdis Butāns and soloists Ilona Bagele, Ieva Kerēvica, Evilena Protektore, Roberts Memmēns. Concerts will be held in the Great Guild Concert Hall in Riga. Participating – music journalist Raitis Zapackis.

The Queen of Jazz Ella Fitzgerald was born in April 1917 and whole world will celebrate her 100 anniversary next year. Her voice was flexible, wide-ranging, accurate and ageless. She could sing sultry ballads, sweet jazz and imitate every instrument in an orchestra. In her lifetime, Ella Fitzgerald had won 13 Grammy awards and sold over 40 million albums.

Three well-known jazz performers Ilona Bagele, Ieva Kerēvica and Evilena Protektore will sing popular and wonderful vocal compositions from the Lady Ella’s repertoire ­  –Soon, Just Another Rhumba, A Tisket, A Tasket, Fascinating Rhythm and others. In duet with young and talented singer Roberts Memmēns will be performed such compositions as  Dream A Little Dream of Me, Let’s Call the Whole Thing Off, On A Slow Boat To China, Cheek to Cheek.

The concert programme also includes Rhapsody in Blue, a Grammy-winning arrangement by Gordon Goodwin of Gershwin’s masterpiece. It will be performed by Big Band of the Orchestra RIGA and conductor Valdis Butāns.

Christmas festive atmosphere will be created by Christmas songs in jazz mood – Have Yourself A Merry Little Christmas, Winter Wonderland, Let It Snow and others will be performed by Big band of the Orchestra RIGA and soloists.

Tickets to all the concerts organised by Orchestra RIGA can be purchased in box offices of “Biļešu paradīze” and at www.bilesuparadize.lv.

Sacred chants. STRAVINSKY IN VENICEMERCURY ON THE MOON
Scroll to top